This is a scholarly compilation on Sarasvatī-Sindhu Civilization through multifaceted research in the field of Archeology, Decoding of the Vedic scriptures, Linguistics and study of inscriptions, Satellite Imagery on Geography of the region, Movement of rivers due to tectonic plate movements, carbon dating, and study of metallurgy and more. 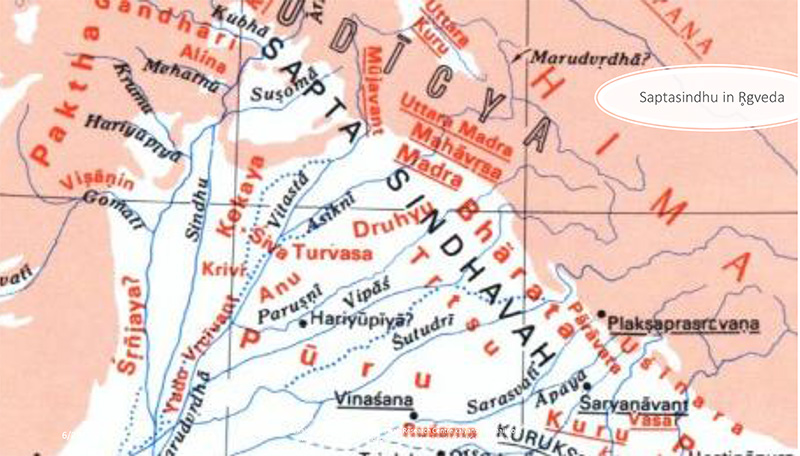 Dr. Kalyanaraman is the sitting Director of the Sarasvati Research Centre Promoting the Indian Ocean Community and National Water Grid for India and National President of the Rameshwaram Ramasethu Protection Movement.

After taking voluntary retirement from the Asian Development Bank in 1995 to devote his attention to research on Indian Civilization. He discovered Vedic River Sarasvati in association with the Indian Space Research Organization and over 700 scientists, and is the Author of 16 books on Sarasvati Civilization, including: a) Epigraphia Indus Script – Hypertexts and Meanings (3 vols., 2018); and b) Comparative Dictionary of Over 25 Ancient Bharatiya Languages. In 2018, he received an Award from the Sanatanadharma Foundation; the Vakankar Award in 2000; the Shivananda Eminent Citizens’ Award in 2008; the Dr. Hedgewar Prajna Samman 2008 Mythic Society Centenary Award. He was also awarded an Honorary D Litt by Deccan College, Deemed University, Pune.

Sanatana from the Dharma/Hindu Dharma, published by the board of trustees of  central Hindu college in Benares/Kashi in 1916. The book was written to be used as a textbook needed to give education on  Hindu religion and ethical training along with western education plan used in the schools. This book includes most divergent forms of Hindu thoughts but exclusive enough to leave outside of it, forms and though which are non-Hindu. This Hindu religious and ethical training includes wide, liberal and unsectarian character, while at the same time it shall be a definitely and distinctively Hindu. Intended audience of this book is high school and above students.